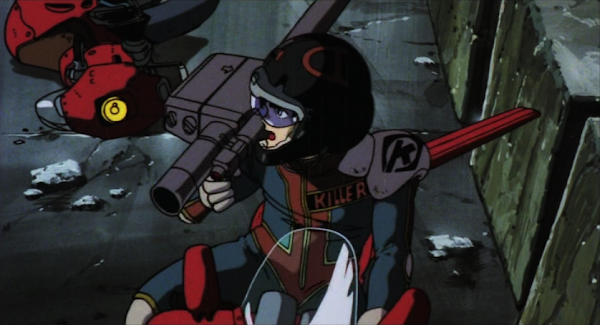 Along with Space Adventure Cobra, one of the retro anime movies that came in for me to watch recently was Yasuhiko Yoshikazu’s 1989 animated full-length Venus Wars. Now, a lesser-known fact about Yasuhiko Yoshikazu is that he was the character designer for Kei and Yuri from Dirty Pair (for which, by the way, kudos). However, Venus Wars is a very different beast. Yasuhiko is both the writer, the artist for the original manga, and the director for this movie. Unfortunately, despite having really impressive artwork and a solid high SFnal premise, it’s just not that great a movie.

Venus Wars takes place in 2089, several decades after a rogue comet collides with Venus, blowing off part of its atmosphere and creating oceans of liquid water, rendering it suitable for human colonisation and terraforming. By this time two nation-states have formed on the two major continents: Ishtar and Aphrodia. These two nations are at each other’s throats, and in general the state of society on Venus is pretty rough-and-tumble compared with life on Earth. People watch extreme biking and blood sports – often the same event – for entertainment. When rookie reporter Sue Sommers lands in Aphrodia’s capital of Io hoping to land her first big scoop, she falls in with one of the extreme-biking teams that battle for supremacy in the local coliseum. However, she soon discovers that she’s landed right in the middle of an Ishtarian invasion, which quickly occupies the Aphrodian capital and holds the government hostage. Meanwhile, it’s up to the biker gang, including the hot-headed Hiro, to take out the Ishtarian tank guarding the coliseum. Little do they know that they’re getting in way over their heads… 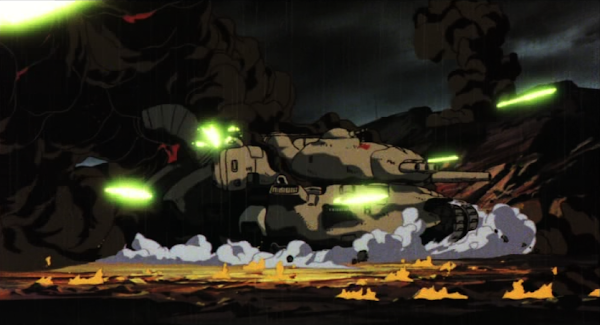 The style and feel of Venus Wars is what I like to call ‘cyberpunk-adjacent’. By which I mean: you have a high-tech surroundings and atmosphere and usage, but the action and plot follows various low-lifes and burnouts around. There is a general sense that the pace of technological development and sophistication has outstripped human wisdom and spiritual maturity. However, many of the key tropes that would be present and prominent in true cyberpunk are missing here: most notably, an emphasis on capitalism-run-amok and the machinations of evil megacorporations. Instead, we’re treated to various elements of a coming-of-age story, a generational conflict, a sports story, a political intrigue, a war saga and a high-school romance, which are kludged together in a haphazard and unfinished – and often puzzling – way.

In general, Venus Wars is really good at setups: establishing shots, framing, mood, the beginnings of storytelling. But it’s not that great at follow-through and payoff. So, for example – the introductory crawl which tells us about the cosmic freak accident that rendered Venus inhabitable to humans seems to preface a story about the triumphs and pitfalls of human colonisation of the planet. That would have made for an epic beginning to the story and even gone some way towards setting up the conflict between Ishtar and Aphrodia. But no, that all gets swiped aside because Yasuhiko wants to plunge us straight into a dystopian future with extreme bike racing, underground bars, overcrowded business districts, a corrupt and incompetent police force and so on. 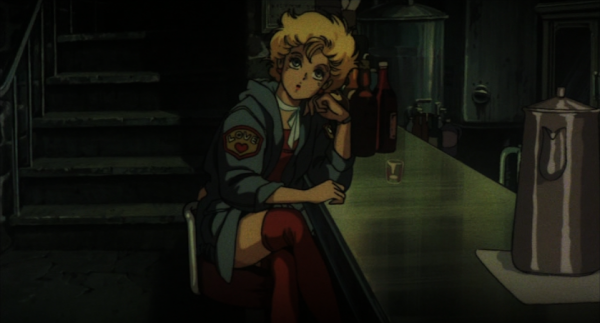 And so he starts off showing us Hiro and his bike gang, introducing us to the rules of his sport. It even has Sue Sommers first saying that this sport is barbaric and would never be played on Earth – thus potentially setting us up for a clash of cultures, a window into the relations between the worlds like we’d see in Armitage III between Earth and Mars. But no, that part gets struck through as well, since Sue wastes no time teaming up with the bike gang and (apart from a couple of bantering exchanges) is basically comfortable with them about twenty minutes later, because Yasuhiko wants to drag our attention toward the awkward teen romance of Hiro and Maggie on the one hand, and the invasion of Aphrodia by Ishtar on the other.

This pattern of putting together these potentially really interesting concepts for stories, these really interesting setups, then refusing to follow up on them so that we can get on to the next big thing, essentially persists throughout the movie. This frustratingly-inconsistent pacing leaves many of the characters feeling static and random, doesn’t invest us enough in characters meant to be sympathetic before they die, and doesn’t invest us enough even in the villain enough to hate him when he does something cruel. It also takes away any opportunity Yasuhiko might have had for telling us something meaningful with his story. The closest he comes is when Sue Sommers is debating with the chief Ishtarian general Gerhard Donner about wartime ethics and delegation of responsibility over civilian deaths in war… but even this gets marred by the fact that we simply haven’t seen enough of Donner before this for him to really back up his militaristic pontifications with actions. 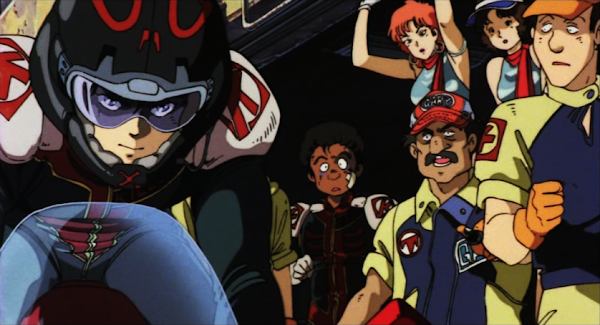 This general lack of plot coherence and character development is a shame, because Venus Wars is otherwise incredibly stylish, clearly a labour of love at least artistically, lush with detail, carefully-framed. The modular buildings and the highways across the still mostly-inhospitable landscape of Venus tantalisingly suggest how the first terraforming missions might have gone and what work might still left to be done. The technical design is amazing, as the vehicles – bikes, tanks, dirigibles, spacecraft – are all rendered in exquisite detail, with all the fun bells and whistles one might expect to see. There are some interesting uses as well of live-action mobile footage and mixed animation, although the instances of this nowadays look pretty dated and corny. The racing scenes and battles are incredibly well-crafted: not quite up to Akira standards, but close enough that the comparison is not outright insulting. The character designs themselves tend more toward the Toriyama than the Ôtomo school, with the gals mostly having wide ‘cute’ eyes and well-sculpted hairdos, and the guys tending to have hard stares or exaggerated facial structures, jowls and facial hair.

This film isn’t bad, therefore, by any stretch. Yasuhiko Yoshikazu’s vibrant imagination and lush artistic vision come across loud and clear. What it feels like instead is a missed opportunity, or rather a string of missed opportunities, which could have booted this film from being merely another bargain-bin done-to-death bikes-and-tanks anime into being a straight-up retro classic in its own right. There’s definitely enough material here that, with a more streamlined and directed story and a bit more of a coherent message, it could have become a great film, rather than merely an average one. 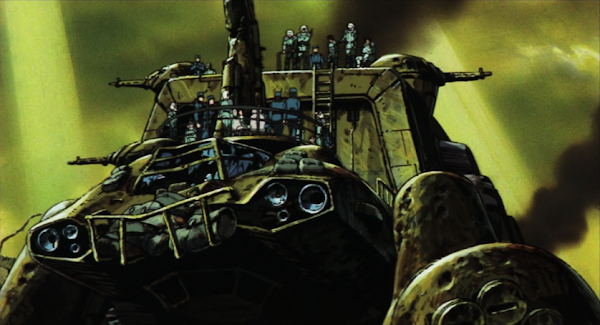