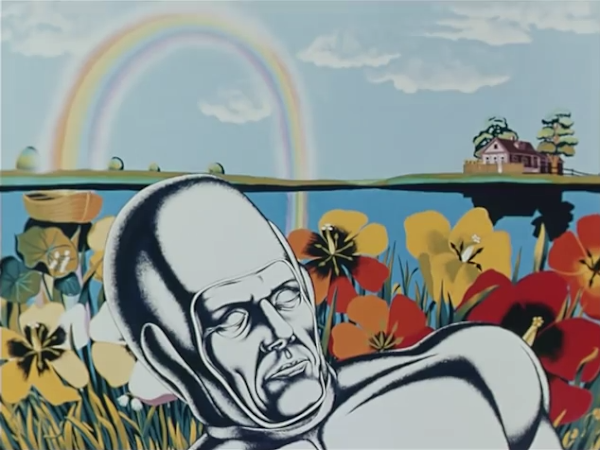 The dawning of the 80s saw Vladimir Tarasov put out the beautiful and wholesome short The Return (Возвращение) for Soyuzmul’tfil’m. The story is simple and straightforward. It concerns a cosmonaut, Platonov, who returns to Earth after a round-trip mission to Jupiter’s moons, The Return explores themes of childhood, nostalgia, the passage of time and the importance of home.

Many of the standard Vladimir Tarasov visual motifs again show themselves here. The Bellybeans-inspired Cyrillic typeface and the colourful psychedelic palette is here. The butterflies, birds, flowers and rainbows are here in the recollection of Platonov’s happy and carefree childhood. The focus on the eyes – this time with an emphasis on waking or sleeping – is also here. And there are segments, this time with some degree of conceptual licence since they involve the dreams of a man living in zero-G, which are high-surrealist in the mode of Salvador Dali (including clocks and warped objects!). The subjective experiences of Platonov as he orbits the Earth and begins to slip into a nightmare of never being able to come back are part of the storytelling. 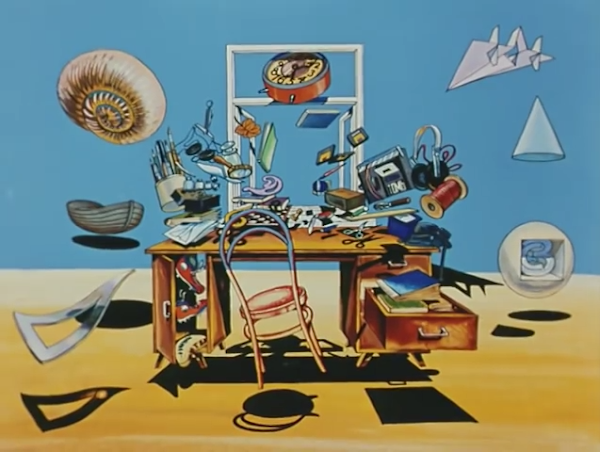 The experimentation with different visual styles and styles of animation is also present in The Return, though it looks like Tarasov is getting better at integrating them together into a coherent whole. The segments aboard Platonov’s spacecraft, rendered in stark black-and-white, rely on a pointillist rendering which is something of a departure from his earlier pseudolithographic style. It also lacks the satirical edge of his former work – there is very little satire in The Return; it’s mostly played completely straight – but the art style still carries some of the same spirit.

All of the other humans, including those in the spacedock and Platonov’s own grandfather, are drawn much more cleanly, without shading, looking almost like pen sketches or face studies. On the other hand, the technology used, including the screens and the heads-up displays, are lovingly-detailed and coloured in the same bright, high-saturation palette, and the ending sequence uses some really effective high-contrast shading, of the same sort Kawajiri likes to use in his works. The use of slowly overlapping single frames, as well, helps to anchor the short in a dramatic tone – as does the bold, orchestral soundtrack. 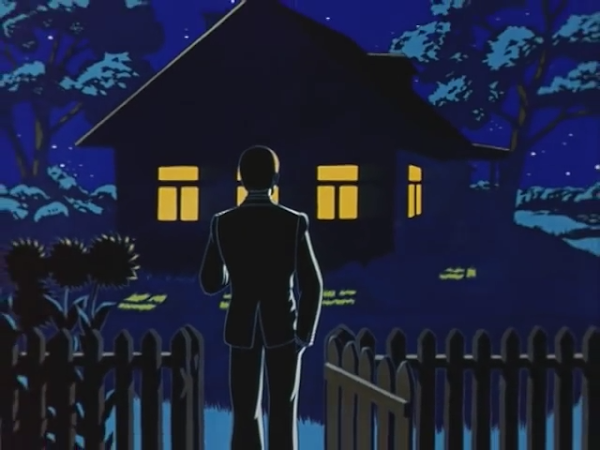 Thematically, The Return is a bit double-edged. The title itself can refer either to the return of the protagonist down to Earth in reality, or to the return of the same to his idyllic childhood in his dreams. Part of the charm of The Return is that it sustains this ambiguity between waking life and the dream-world almost until the very end. We’re not even entirely sure at that point if the grandfather was successful in waking Platonov up! Did the alarm clock work as he was passing in orbit over his childhood home? Did the gigantic bat made out of stars really turn into a rooster and wake Platonov up? Did he really return home? It can be interpreted either way.

But too keen a focus on this level of psychoanalysis and the exploration of the subconscious would cause us to lose sight of another charming piece of this animation. For the middle part of the film, Tarasov wants us to focus on the striving spirit of humanity, collectively cheering on their space-bound fellow in orbit to wake up. There is a strong focus (as in Chinese science fiction film in the modern day) on the power of the collective will, even when it is exercised in a peaceful and exhortative way like this. This is not surprising, and completely wholesome. But Tarasov’s use of lights and massive words that can be seen from space, seems to anticipate a similar sequence in the last episode of Gainax Studio’s 1988 OVA GunBuster. 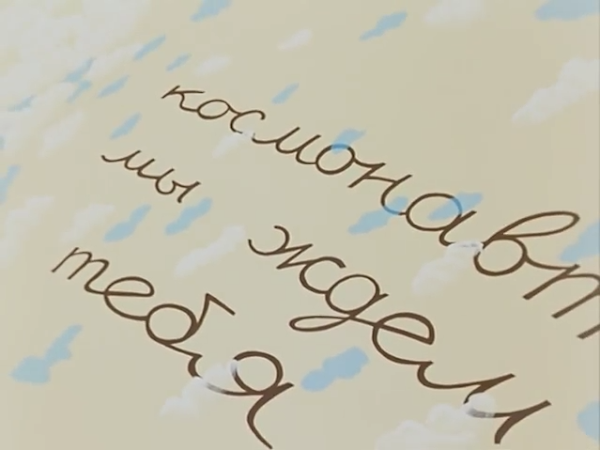 Personally I think it would be fascinating to see if there was any crossover or mutual influence between Japanese and Soviet animation around this time, just as there was some Soviet influence on Kurosawa in live-action film. Given the presence of a certain prominent Soviet character in that show, I wouldn’t be surprised if Anno Hideaki was watching Soviet animation when directing it. After all, GunBuster also involves an astronaut going into deep space on a dangerous mission, who misses her childhood home, and must be brought back to an Earth she may no longer recognise.

As it stands, however, The Return is a visually-lush, well-scored and well-inked, thematically dense little piece. I had to watch it a couple of times front to back, in order to piece together what it was really about. Tarasov is pretty close to the top of his game here – I say close because I haven’t even touched his best film here yet. At any rate, I highly recommend giving ten minutes of your time to watch The Return; it’s very much worth it. 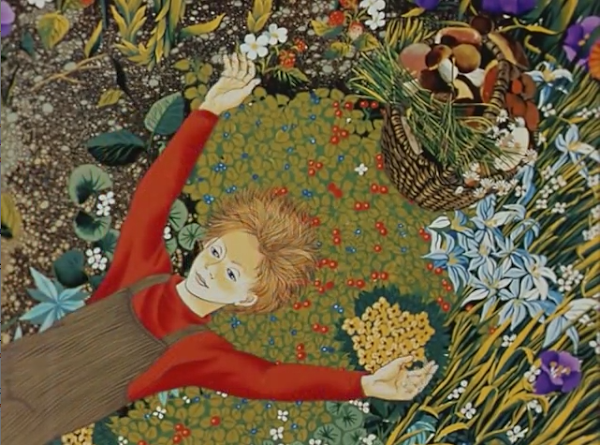