Influence from the underground: Wicked City 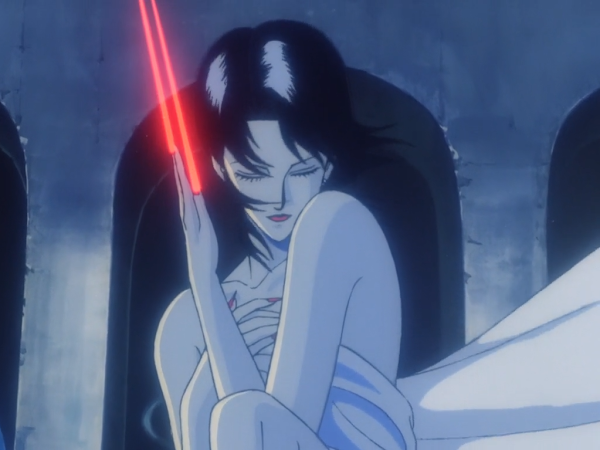 Let me get this out of the way up front. I cannot in good conscience recommend Wicked City to anyone except the most devoted of Kawajiri Yoshiaki fans or fans of trash cinema more generally. In the several allusions to it I’ve already made on this blog it should be fairly clear why. I’ve used such language as ‘exploitative’ and ‘misogynistic’ to refer to Wicked City, and for good reason. It rides very, very close to the line between art and pornography. In fact, there are only two reasons why I would consider it to fall on the ‘art’ side of that line. In the first place: it deals very aptly with the subtleties of themes like duty and commitment, as well as the difficulties of building trust and maintaining peace between two very different worlds. And in the second place: it was one of the early formative works of dark urban fantasy / horror which gave rise to more mainstream works dealing with similar themes – such as Warehouse 13 or Sergei Lukyanenko’s Night Watch, the latter of which I will be reviewing on this blog in due time.

Wicked City tells the story of two worlds – a world of humans and a world of demons, which live in a delicate balance with each other and are restrained from interfering with each other and creating a cosmic cataclysm by a 500-year-old treaty, which is up for renegotiation. The treaty is enforced by the Black Guards, who operate on either side of the divide between the worlds. The story follows two of these Black Guards – a human man named Renzaburô Taki, and a demonic woman named Makie. They are assigned to protect one of the signatories of the new treaty, a creepy perverted 200-year-old Italian mystic named Giuseppe Mayard, who is being targeted for death by a radical faction in the demon world which is opposed to the treaty. But we soon learn that there is much more to this treaty than is being let on, and as the radicals attack repeatedly it soon becomes clear that they are almost as interested in Taki and Makie – and particularly in their, um, compatibility – as they are in Mayard. 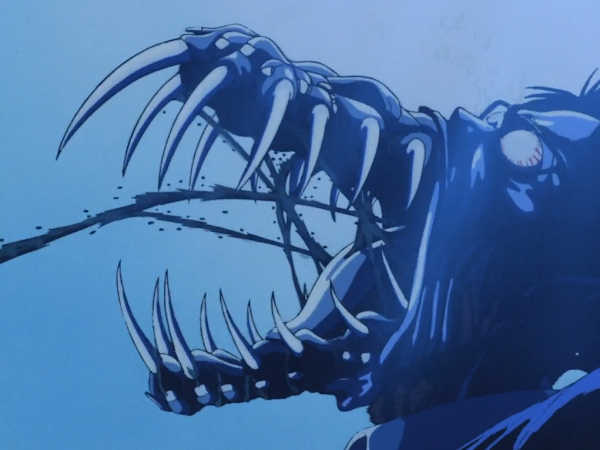 If you’re familiar at all with Kawajiri’s art style and direction, then you know just what to expect from Wicked City. The palette is high contrast with a clear preference for cool blues; giving the film a consistent and immersive atmosphere and mood. The action scenes and fight sequences are lovingly-scripted and gloriously detailed, often with a weight and naturalism that you don’t often find in animated films of any era. The gore is thankfully restrained, though the use of stylised supernatural and body horror (including demonic tentacles, teeth, bones, hair, nails and other body parts) toys at the edges of gruesome excess and gratuity – however, one can’t help but admit that it achieves its intended goal.

Wicked City is very much an 80s film, and the character designs in particular bear witness to this. You can see a lot of the same angular, heavy features that were present in ‘The Running Man’ in the design of Taki, for example. On the other hand, the short, wizened design of Giuseppe Mayard reminds one of the super-deformed (and often perverted) elderly characters in works by Takahashi Rumiko or Toriyama Akira. Kawajiri of course loves his scantily-clad (or unclad, as it were) femmes fatales, of which the Black Guard Makie is clearly an exemplar, as is the radical Kanako. 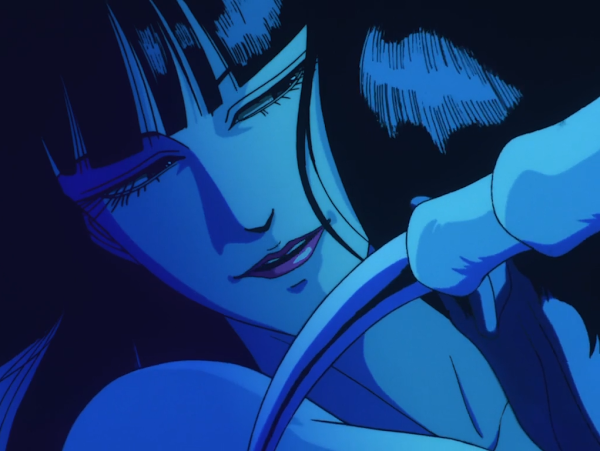 Speaking of which… there is a lot of both implicit and explicit sexual content in Wicked City, ranging from nudity and vocalisations to several instances of assault, one instance of consensual sex, and a lot of nude female body horror at various stages of abstraction and stylisation. A lot of it is fairly integral to the plot, as becomes clearer as the story goes on. However, it’s hard to escape the sense that Kawajiri is showing off all that female flesh (male flesh only above the waist) and X-rated sound effects for exploitation and shock value. The various forms of the monstrous-feminine on display – including one radical whose relevant organ has teeth and another radical who can transform her entire torso into one – and the reliance on the explicit fear of male castration which this encompasses, puts a lot of the relevant body horror sequences in firmly Freudian territory.

But, as I said before, it’s not as over-the-top misogynistic as, say, Midnight Eye Gokû, even if Taki starts off being kind of a sleaze. Makie does get physically, sexually and emotionally brutalised quite a bit over the course of the film, and this toys dangerously close to something like fetishisation – I can definitely understand why the horrific way she gets treated in the film deeply bothered a lot of feminist viewers. But at the same time, she manages to be a fairly compelling character in her own right: calm, confident, competent and often two steps ahead of all the men around her, including Taki. In the end, Makie’s the one who gets her way – both in her political and in her personal goals. 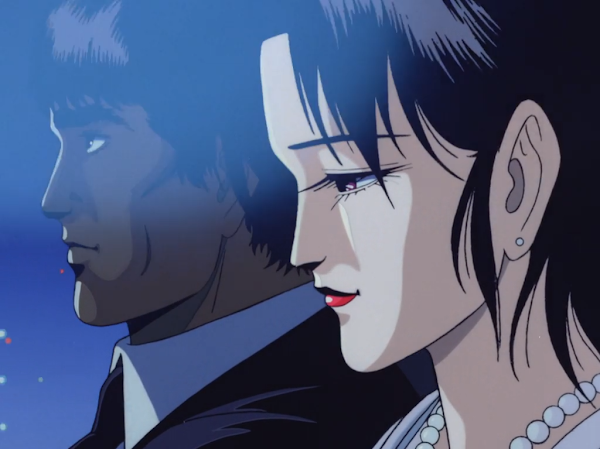 As for the story… it starts off, and finishes off, quite strong. It’s a testament to the storytelling that it manages to build and maintain the suspense consistently, and handles setup and payoff of the stakes brilliantly. But – without getting too spoilery – along the way we’re asked to deal with several reversals, and actions by the antagonists in particular, that make little sense in retrospect. The penultimate plot twist involving Mayard and the new treaty between the worlds is far-fetched, and strains credulity to the breaking point. And the conclusion to the final action sequence, though satisfying, nonetheless literally makes no biological sense (at least for human biology… and it has some fairly strange and nonsensical implications for demon biology).

In sum… for what it is (I almost wrote ‘for twat it is’ – how’s that for a Freudian slip?), Wicked City is actually an incredibly competent film, but I can’t really recommend it to any but the most ardent Kawajiri completionists or devotees of dark urban fantasy and schlock-horror. Wicked City is actually fairly important for the subsequent influence it seems to have had on urban fantasy storytelling. As I said above, a lot of the plot beats of Wicked City, in particular including the tenuous peace between the human and the supernatural worlds, will seem quite familiar to fans of Sergei Lukyanenko’s Watch series, Men in Black, Buffy or the World of Darkness family of RPGs. The merger of certain cyberpunk stylings with fantasy / supernatural-horror themes also seems to have anticipated the Shadowrun RPG, which came out two years later. Not a bad rap sheet for an underground hard R-rated anime feature film from the 80s. 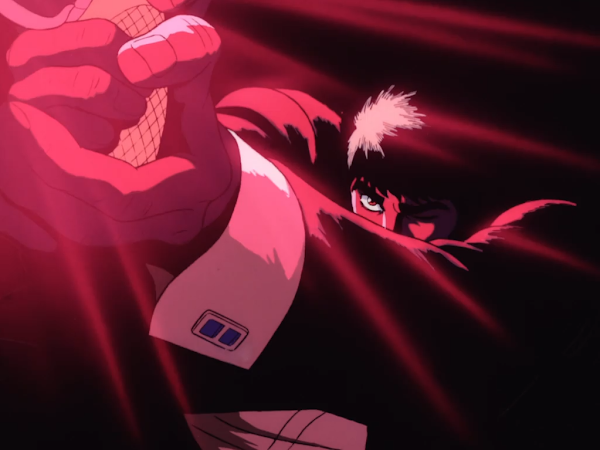