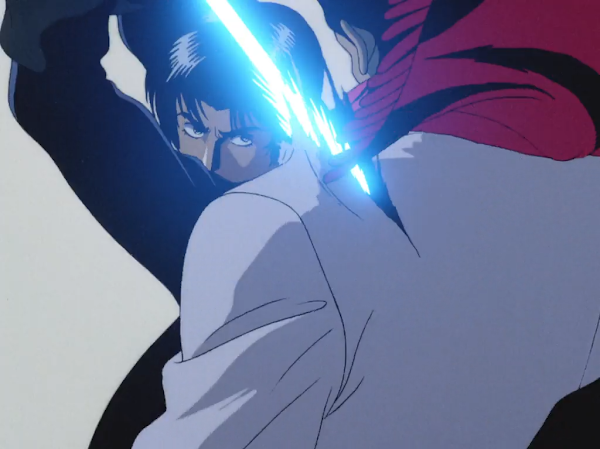 Here we have another collaboration between Kikuchi Hideyuki and Kawajiri Yoshiaki. Apparently the two men, the novelist and the animation director, hit it off fairly well after Wicked City, since Kawajiri would go on to direct adaptations of several other Kikuchi Hideyuki novels, including Vampire Hunter D: Bloodlust and… Demon City Shinjuku. Unfortunately, this is not some of Kawajiri’s best work, though it isn’t without its charms.

The setup is fairly similar to Escape from New York, if you happen to be an aficionado of John Carpenter films, albeit with an urban-fantasy / horror twist. Ten years ago two rival swordsmen, Levi Ra and Izayoi Gen’ichirô, had it out on the rooftops of a Shinjuku office park. Levi Ra killed Gen’ichirô and used his powers to unleash an earthquake that turned Shinjuku into an epicentre of demonic and occult activity, and began a ten-year ritual that would summon a demon lord to Earth and turn the world into a hell. Now the ritual is three days away from completion, and Levi Ra uses his powers to place a curse on the President of the World Federation. The only person who can stop him is Gen’ichirô’s son Kyôya, together with the President’s daughter Rama Sayaka. The clock starts ticking down as the two of them enter Shinjuku to prevent the ritual from being completed. 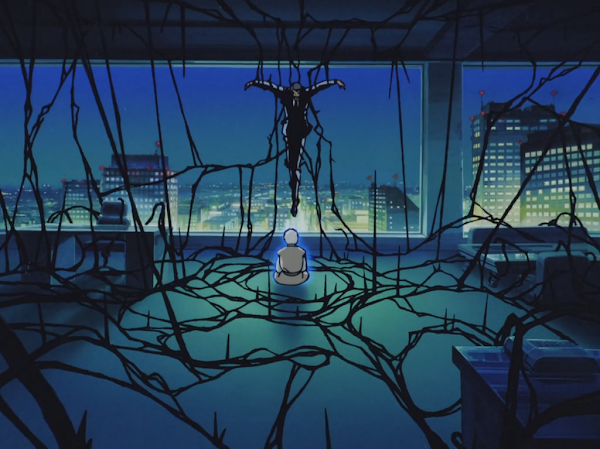 Let’s start with what Demon City Shinjuku does right. First of all, the artwork is stellar. It’s a Madhouse original production with Kawajiri at the helm, so you know it’s going to have a certain visual flair in the action sequences and in the monster design… and you can see that right off the bat in the fight between Levi Ra and Gen’ichirô. The atmosphere is also very well established, helped by a palette that emphasises darkness and light and primary colours. And the set pieces inside Shinjuku are appropriately disconcerting and creepy, a feeling bolstered by the soundtrack. Intriguingly enough, the mood is helped along by a certain sense of restraint: certain scenes get by on the psychological tension rather than on body horror or gore… of which there is surprisingly little here. Unlike Wicked City, there’s also very little explicit content – though some pretty heavy innuendo in the bar scene.

Unfortunately, what fills the gaps is a bunch of talky exposition that makes varying degrees of sense. Levi Ra and Gen’ichirô’s sword master Master Rai tries to recruit Kyôya into stopping the ritual and saving the President, but he doesn’t do a very good job of it. Basically he spends the whole time insulting Kyôya and telling him how much he sucks compared to his dad, to which Kyôya responds exactly how you might expect. It’s only when the cutie Sayaka tries to go into Shinjuku alone that Kyôya decides to play ball. 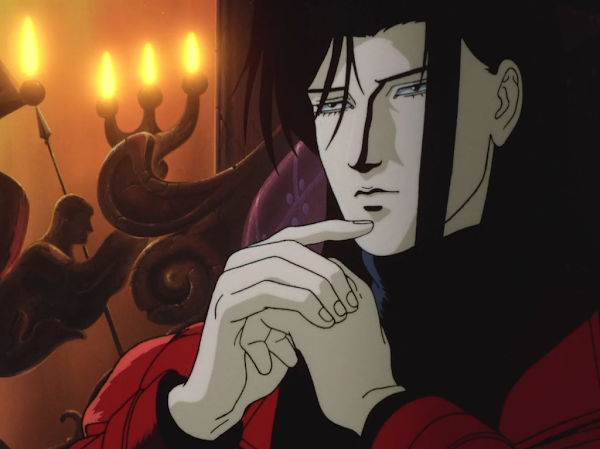 A lot – too much – of the runtime is basically the side characters explaining Shinjuku after the earthquake in between chases or fights with various monstrous supernatural beings. Some of the side characters are annoying (like the kid with the two-headed dog in the sewers), but one of them, Mephisto, is ambiguous enough to be interesting. Even though he spouts a bunch of mythological claptrap about Pandora’s Box and goes on about how foolish and violent humans are, you do kind of have to respect him when he tells Kyôya, ‘Nah, bro, I’m just gonna sit back and watch.’

And – this might just be me – but after the introductory exposition about how awesome the World President was (abolishing nuclear weapons! bringing peace to the Middle East!), I was expecting some sort of plot twist later on where it turned out that, actually, he’d been working with Levi Ra all this time, or perhaps he was even manipulating Levi Ra from behind the scenes. (As villains go, Levi Ra is kind of pathetic.) But no, the script never gets that inventive. He’s basically just the hostage sitting on the occult time bomb for the duration of the OVA. In general, that seems to be the problem with Demon City Shinjuku: it’s just too predictable. The characters don’t really grow at all from the moulds they’ve been cast into, and the plot is essentially paint-by-numbers. 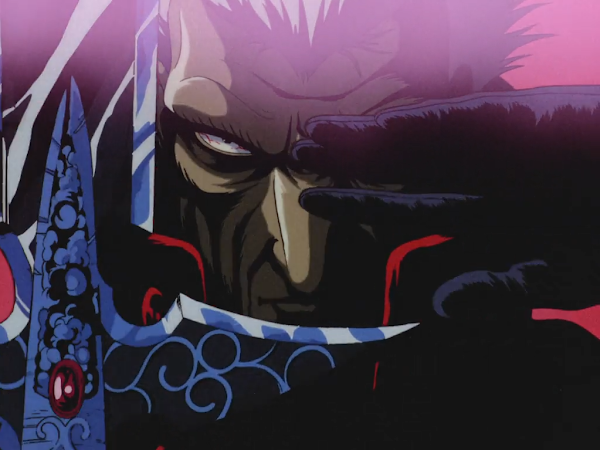 One thing that makes Demon City Shinjuku unintentionally hilarious is that the main character goes around whacking the monsters with a practice kendô sword – basically a big wooden stick. Even when a scumbag would-be rapist pulls a Magnum on Kyôya, he just whacks him with the stick and tells him that the Magnum won’t work on him. That was a bit of a laugh moment. And the end sequence is funny just because of the sheer blatancy of coincidences and plot devices that align to make it work.

In all, Demon City Shinjuku pales in comparison with both Wicked City before it, and the underrated masterpiece Cyber City Oedo 808 afterward. The plot is too thin to sustain interest, and the characters are too two-dimensional and forgettable to form any kind of bond with them. On the other hand, the artwork is incredibly pretty, the monster designs are colourful and inventive, and the fight scenes are well-choreographed. This is fairly weak tea for Kawajiri, but even weak tea from Kawajiri can still be enjoyed. 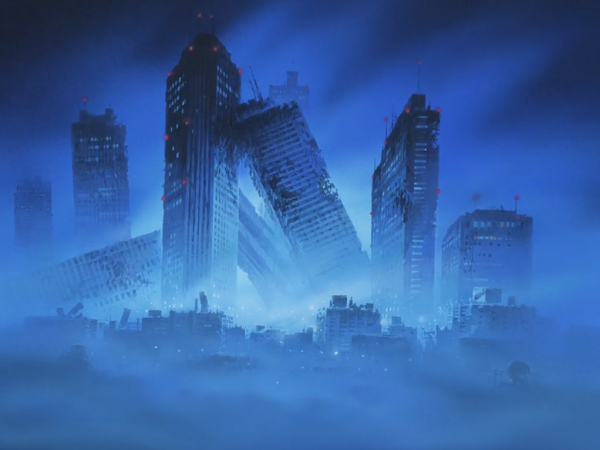