A house alone: There Will Come Soft Rains 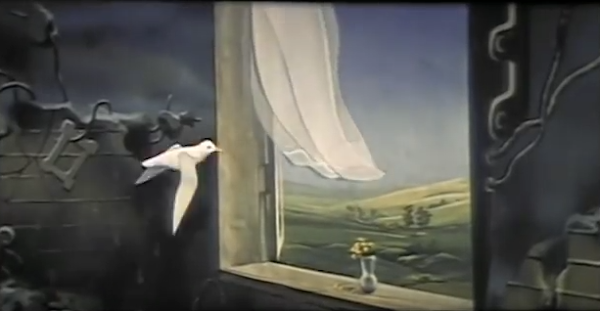 A (mostly-)faithful adaptation of Ray Bradbury’s 1950 short story, this ten-minute 1984 animated short of the same name (in Russian, Будет ласковый дождь) by Uzbek Soviet director Nazim Tulyahodzhaev is – as is the story it is based on – a sombre, disturbing warning about the horrors of nuclear war. Obviously this one is not for kids, but it is a brilliant piece of animated art all the same.

The action all takes place in a fully-automated house in California on New Year’s Eve of 2026, where the computer goes through its daily routines of preparing breakfast and waking up the family that lives inside, oblivious to the fact that all of them are dead and have turned to ashes. The computer is completely alone in the house, but it continues its programme as though everyone is still there. However, when a bird gets into the house through a window, the computer enters defence mode and begins attacking the bird… and then we learn about the nature of the disaster that has killed the family and left the house, before this house too is destroyed. 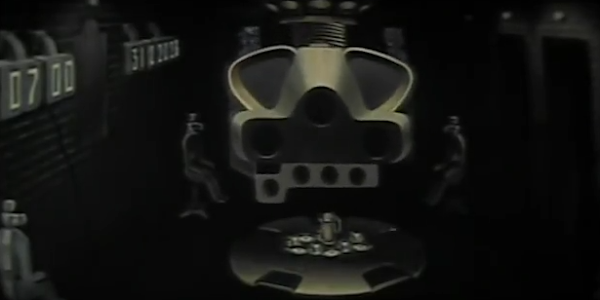 The artwork in There Will Come Soft Rains is beautiful in its simplicity, and the animation is all charmingly understated. It employs the Gilliam-esque Python sketch-art cutout æsthetic that we saw in Ôtomo’s Robot Carnival and Tarasov’s A Mirror of Time. But unlike in any of these animations, the effect here is decidedly not one of caricature, not one which evokes humour. The mood, like the palette, is dark. From the beginning, Tulyahodzhaev creates an eerie sense of distance into his world through the use of this style: we are instantly aware that we are treading upon ground where humans no longer live. Even though the computer is impeccably hospitable and making a delicious breakfast, we are aware that something is amiss from the very first sequence.

The character design of the computer itself – with its HAL-like red eyes and its non-human vocal expressions, evocative of the later AUTO – is impeccable. There is a hidden sense of dread to its actions, but it is not actively malicious. It’s a careful balance that Tulyahodzhaev had to tread between placing the computer at a suitable distance from us, the audience, and yet at the same time using those same expressions to evoke a sad sympathy for the house and its now-deceased residents. The intruding bird which represents the antagonism of nature to the house, seems to be deliberately modelled somewhere between a caricature of a dove and an origami bird, expressionless and without any real active will except for its own survival. 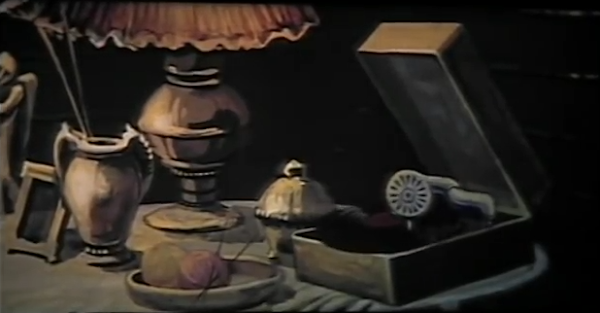 The sound effects and the music are also wonderfully done. There is actually very little music to be heard at all in the first few sequences, except for perhaps the odd whisper of a possible strings and woodwind section… the mood is carried largely by the distorted voice of the computer and the pneumatic noises and rings and beeps of the machinery in the house; the result is something similar to the sense of nightmarish isolation and tension that one feels in the first part of Alien (which also used fairly minimal music in its tense sequences). There also seems to be a deliberate attempt to allow the phonograph to introduce the key musical theme – ‘The Moon Was Yellow’ by Sinatra – and the eponymous anti-war poem by Sara Teasdale is rendered in full in a Russian voiceover at the end.

Obviously, this is a film with a cautionary message, and that message comes through loud and clear even within the first minute. But Tulyahodzhaev doesn’t hammer us over the head incessantly with it – that’s part of the charm of There Will Come Soft Rains. He’s content to play (just as Rintarô is, somewhat differently, in Meikyû Monogatari) with the various kinds of disturbance and wistful sadness he can produce in his audience. He does this just by showing us and letting us listen to various set pieces and movements within this post-apocalyptic world, empty and devoid of all human life. This film is, quite bluntly, a fine – if bleak and elegiac – work of art. Uzbekistan might not be the first place one thinks of when looking for hard sci-fi and post-apocalyptic warnings of nuclear annihilation, but Tulyahodzhaev certainly delivered with this one. 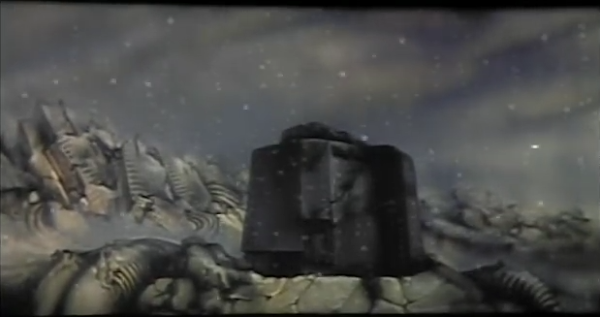