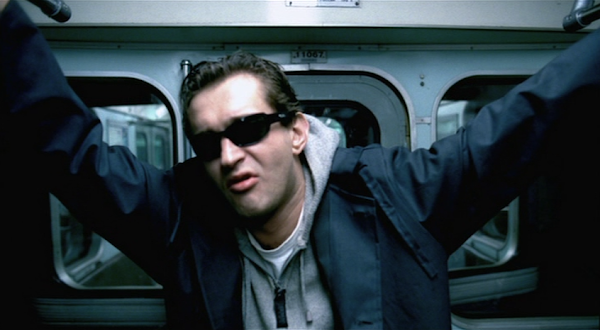 So, technically this entry belongs in my Heavy Anglo Ortho Films of K-stan series, since Nochnoi dozor was directed by a Kazakh director, and it deals with both the material and, more importantly, the spiritual problems of Moscow in the 1990s. At the same time, Nochnoi dozor is not an art film, it’s an international blockbuster and pop-cultural urban fantasy phenomenon which was influenced by cyberpunk tropes, comic book culture and not least – both directly and indirectly – by Japanese manga and anime. As a result, I decided to post this film review on Paneurasianist Weeb instead of The Heavy Anglo Orthodox. As a kind of compromise, however, I’ve linked it up on the Films of K-stan master post on THAO.

Anyway, I’m here to talk about Temir Nurbaqytuly Bekmambetov’s 2004 film adaptation of Lukyanenko’s vampire novel – which, I am rather ashamed to say, I happened to watch before reading the book. Even on a single watch, it’s easy to understand exactly how and why this film got such love from, for example, Quentin Tarantino. Nochnoi dozor is an incredibly literate horror-action film, by which I mean that it understands precisely which films it is indebted to artistically and thematically, gleefully riffs on them, and even gives nods and winks to the audience in the process. 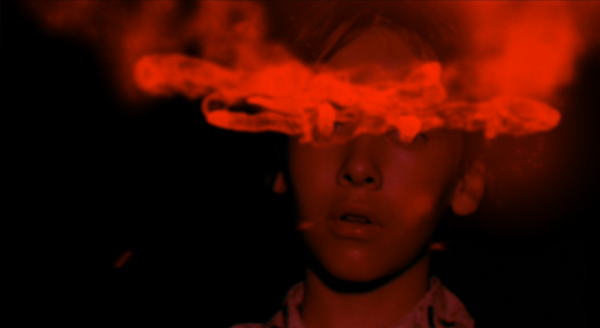 The story follows the first field assignment of the new Night Watchman, Anton Gorodetskii (Konstantin Khabenskii). Anton is, we learn, an Other – one of the small bevy of magic-users and supernatural beings which inhabit Moscow. He, and the rest of Night Watch, are ‘Light Others’ under the command of Gesar (Vladimir Menshov), who was a general commanding the Light against the Dark Others led by Zavulon (Viktor Verzhbitskii) in a great battle that happened some 650 years previously. The Night Watch, and the Dark Others’ answer the Day Watch, are in charge of enforcing a tenuous treaty which resulted from that battle, which preserves a tit-for-tat balance between the forces of Light and the forces of Dark. Anton’s job is to track down a couple of vampires in Moscow who are feeding illegally, and whose target is a twelve-year-old boy named Egor (Dmitrii Martynov). To do this he must consume blood and behave as they do. As he is tracking them down on the subway, however, he runs into a beautiful doctor, Svetlana (Mariya Poroshina). Svetlana is suffering from a horrible curse and trailing after her a massive vortex of damnation, which heralds the end of the treaty, the destined final war between Dark and Light, and the appearance of a powerful Other who will tip the balance. Anton is very quickly sucked into the middle of a power struggle between the Dark and Light others, and must contend with the choices he made twelve years previously…

Nochnoi dozor is actually a dramatisation of the first of three short stories in the novel, and does a fairly good job of sprawling it out into a two-hour film – albeit with some fairly significant changes… one of which being the relationship between Anton and Egor. I can kinda sorta understand why Bekmambetov did this, and this narrative choice actually strengthens and reflects the core tension within the book itself. Although the Light Others tend to be ‘good’, in that their tendency is to use their powers altruistically instead of for self-interest (how Dark Others do), the treaty and the compromises that this treaty engenders creates these moral hazards which affect Light Others as much as they do Dark Others. And the fact that what is essentially a Cold War is taking place underneath this treaty creates the need for further moral compromises, further shortcuts, further ends justifying means – and of course a lot of subterranean intrigue. Anton’s altered backstory and chequered past in the film, although they comprise a significant departure from Lukyanenko’s original story, serve to highlight the moral ambiguities and internal struggles which are the focus of the book. 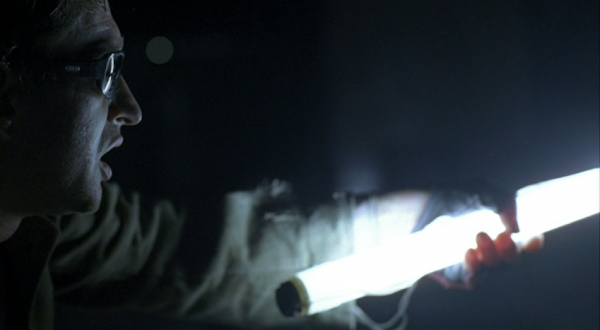 As a film, Nochnoi dozor actually does a number of things right. First of all is the mood, the atmosphere. It’s not just the shades-rocking, blood-quaffing antihero in his taupe trenchcoat, and it’s not just the jet-powered armoured lorry the Night Watch uses to get around the city… though obviously it’s both of those too. Bekmambetov does an excellent job in framing shots, using heavy shadowing and dim dingy lighting to create this, in some ways doing analogically in his medium what Kawajiri Yoshiaki likes to do in his. Wicked City makes its influence felt here in a certain degree.

Bekmambetov and his cinematographer Trofimov do a lot with special effects and editing as well, with a lot of his stylistic flourish giving knowing tips of the hat to the likes of The Matrix, Men in Black and even Ghostbusters. His interpretation of ‘the Gloom’ (what is called ‘the Twilight’ in the books – the medium in which Others move and from which Others borrow their power) makes use of narrow-beam lighting, motion blur, slow-motion capture as well as buzzing mosquitoes and other CGI effects to produce a suitably creepy atmosphere. The use of CGI birds and debris to represent the vortex or the forces of Dark at times approaches the symbolic grammar and language of art film. And of course there’s plenty of gore effects to go around as well, as can be expected from any vampire horror-action flick worth its hæme. 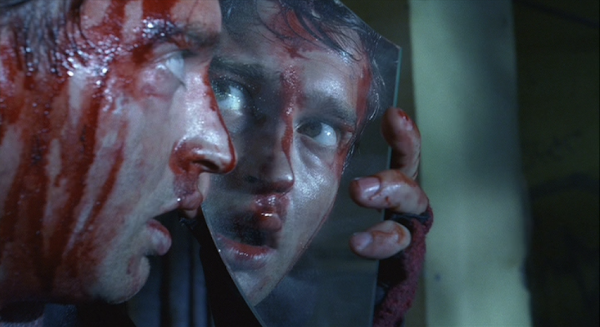 The setting is important as well. A lot of the action takes place in Moscow apartment complexes – cramped, angular, cold, filled with concrete and metal… or else in the metro underground or office buildings or power plants, which are similarly constructed and framed. These set pieces do as much as the exposition – perhaps even more, in fact – to foreground the moral struggles of the characters within them. Even though Temir Bekmambetov got infinitely more money to play with in producing this film than other films in this series I’ve reviewed, these grungy set pieces actually call to mind Brat or St‎ýdent. It’s to the point that the Moscow cityscape becomes something of a character in its own right. Tension between Light and Dark plays out between neighbours and between lovers in these claustrophobic settings… Anton and his vampiric frenemy Kostya (Aleksei Chadov), or the fugitive vampires themselves, or even other members of the Night Watch.

One of the other fun things about this movie is the acting. Khabenskii manages his lead role remarkably well, with a mixture of workaday underdog shamble, wide-eyed pathos and self-effacing irony that renders his Anton Gorodetskii, despite all his morally-questionable choices and his tragic trajectory, a believable and sympathetic vampire-hunter. He has a pretty decent chemistry, as well, with Martynov’s Egor; we see a tentative paternal tenderness on his part, answering the hesitantly-trusting vulnerability on Egor’s. It’s a bit unfortunate that Anton’s interactions with Svetlana were fairly badly bungled in the film, although to tell the truth Svetlana’s not even really that interesting a character in the book. 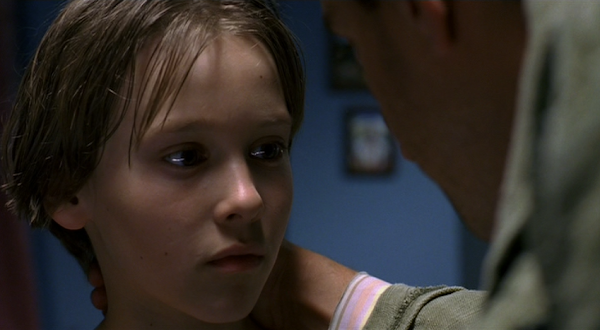 On the downside, Nochnoi dozor really does go a little bit too hard ‘on the nose’ (inevitably a bloody one) in terms of its angling to be the Great Russian Blockbuster. This style can be fun, particularly when it comes to films like Skif which wear their 80s and 90s cult film influences on their sleeves without apology. But in this case the constant attempts by the film – mostly competent attempts, to be fair – to top itself in its ‘epicness’ and badassery actually tend to grate a little after awhile. The one thing that spares Nochnoi dozor from the weight of its own ponderousness is, as I mentioned above, its ability to put its tongue in its cheek every now and again for a bit of ironic levity. For example, on the subway ride when Anton first meets Svetlana and starts screaming and pointing a flashlight at her, everybody on the subway starts gawping at him and as the lighting returns to normal we get to see Anton looking about as ridiculous as everybody else sees him. There’s another scene in which the Night Watch sets up a field office in the middle of somebody’s apartment while they’re watching TV, and Anton goes waving his hands in front of the humans’ oblivious faces for the fun of it. This sort of self-deprecating humour actually manages to give the movie something of a heart amidst all the bloody fight sequences and the CGI and the heavy metal score.

Bekmambetov managed to cobble together a fairly decent piece of popcorn cinema and vampire-hunting action, which more than occasionally requires a fairly high degree of suspension of disbelief. If you’re like me, you’ll probably roll your eyes at it more than once. But then again, part of the charm and the saving grace of Nochnoi dozor is that it doesn’t really make pretensions about being anything more than it actually is, and doesn’t grudge you the eye-rolls. 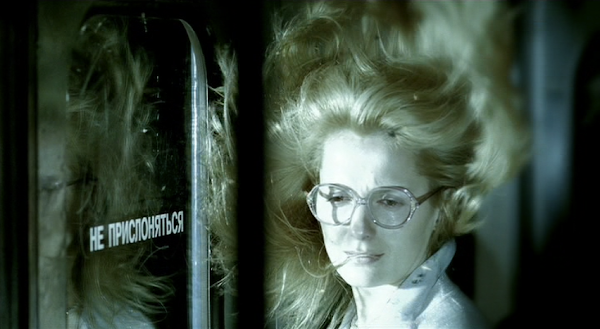