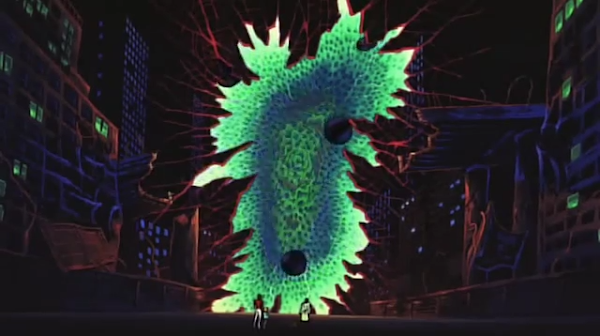 I’m a fan of cultural artefacts that are ‘so bad they’re good’ – like Miami Connection and Samurai Cop. That’s one of the reasons why I picked up Angel Cop (which has this reputation among retro anime fans), and was disappointed to find out that it was not only bad and had fascist politics, but was also tendentious, boring and unenjoyable. On the other hand, I was pleasantly surprised by the 1986 feature Ai City, which actually does fit the bill of nanar.

Ai City’s got a lolicon waifu-grooming surfer-dude main character whose favourite line is literally ‘AIEEEEEEEEEE!’ It’s always hilarious when he screams it. It’s got no less than three villains that switch sides for no reason. It’s got a biker chick who starts off as a psionic badass, but later ends up being a literal fanservice bunny-girl who hangs embarrassingly all over a seedy flask-swilling private eye. It’s got power levels that go OVER 9000!! (before Dragon Ball!) It’s got a cheesy synth-heavy 80s score with an Engrish rock track that describes the main character during one of his fight scenes. It’s got plot holes bigger than the dimensional rifts that the main characters tear in the universe with their psychic powers. In short, Ai City has got a bit of everything to please the connoisseur of retro anime schlock. 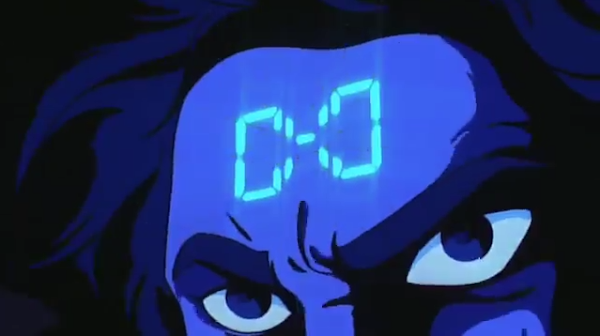 So, the premise of Ai City: it’s half past the future and rogue psionics (or ‘Headmetres’, so called because they display their psychic power levels in luminescent digits on their foreheads) K and I (or ‘Kei’ and ‘Ai’) are on the run from their former corporate overlords in Fraud. Somehow they manage to pick up a slightly anthropomorphic cat and a snarky private investigator named Yoshioka. (Yes, Fraud is literally the name of the evil megacorp.) K and I get busy explaining the plot to Yoshioka while they’re being chased by another psionic, K2. K2 corners K and I, and easily overpowers K, whose psionic powers are defective and can’t go above level 5 – except when I is cornered and in danger, and then he can boost his powers to infinity.

We learn that two people are after I for her abilities as some kind of ‘trigger’: Li Ku Lagua, the head of Fraud; and Lai Lou Qin, his head scientist, who has his own agenda. When K tears a great gaping hole in reality with his powers combined with I’s, Li sends after him a Headmetre named J and two ‘tuned men’, E and Ryan. Lai Lou Qin also follows them. K, I, Yoshioka and K2 (who has switched to the side of good on account of Yoshioka’s masculine charm) have to fend off repeated attacks by these two wings of Fraud, all the while trying to unlock the secret of I’s powers, in which the entire genetic history of the human race is at stake. 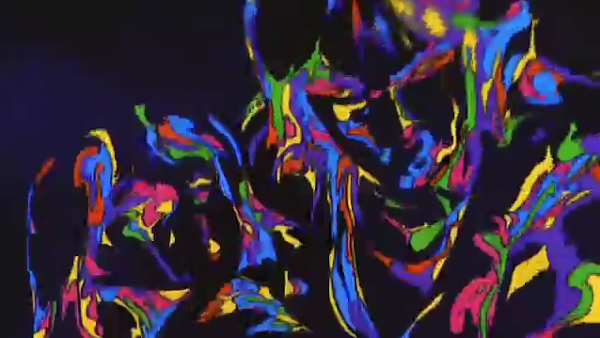 Talking a bit about what Ai City does right: its animation quality is pretty decent for 1986. The characters are well-designed and there’s some excellent inkwork. The fight scenes are pretty well-choreographed. The artwork is also completely trippy: lots of dots, streaks and panels of multi-coloured light and tie-dye patterns everywhere, particularly when dimensions get ripped or we’re dumped into a dream sequence or a flashback (which is often). The ending is definitely a shrooms trip. The psychedelia matches pretty well with the splatter: there’s lots of exploding heads, flying human organs, gore and ichor. People tend to die pretty messily in Ai City, particularly if a psychic gets mad at them. There’s a reason I call this an ‘acid rock’ prototype, because it’s something of a head experience.

Ai City actually doesn’t have a plot that’s that hard to follow, but it does seem incredibly overstuffed for a 90-minute film. There’s a lot of rapid-fire exposition and a number of flashbacks which attempt to fill in the story which we’re thrown into in medias res. As I said, many of the characters change allegiances with the drop of a pin, and their motivations for doing so aren’t always entirely clear within the confines of the film. In K2’s case, this gets lampshaded pretty heavily when Yoshioka asks her point blank what her motivations are, and she basically tells him that Li isn’t a forgiving person. (Even though it’s shown pretty clearly later that he actually is.) The actual secret that I carries in her DNA is also far outside the realm of science fiction, and – not to spoil this too heavily – it also makes Lai Lou Qin’s actions toward her border on inexplicable. 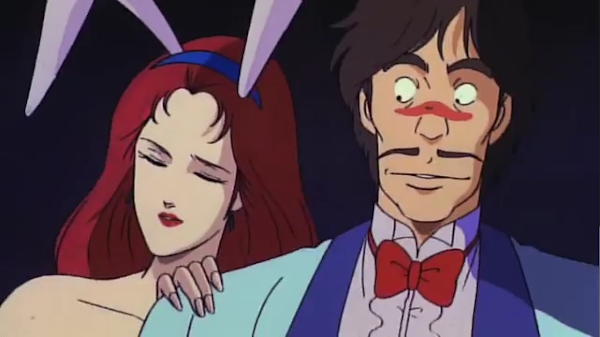 I complained earlier a little bit about K2 and Yoshiaka. Let me walk that back a bit. It’s kind of true that K2’s total personality overhaul and transformation from badass psychic biker bitch to horning on and fawning over Yoshiaka every chance she gets, is equal parts hilarious and cringe. But as over-the-top, diabetes-inducingly sappy and corny as that romance is, it actually makes a certain kind of sense. I can see what K2 does in Yoshioka: being basically an unlucky everyman bystander who gets sucked into this city-wrecking cosmic-horror psionic power struggle, he really is the only fully likeable character in this universe, apart from the cat. I, who is the clone of K’s former girlfriend, is cute and sweet but we can’t say much more about her than that. And the fact that we keep seeing this prepubescent clone call K, who as much as admits to Yoshiaka that he has romantic intentions on her, ‘Papa’… isn’t creepy at all. Nope. Not one bit. (That’s sarcasm, by the way.)

Ai City often gets classed in the ‘forgotten’ or ‘lesser’ bargain-bin cyberpunk titles. And based on my foregoing description it may be easy to see why. I would still demur on this a bit, though. To get into that, more should be said about the director, Mashimo Kôichi. Mashimo had previously been involved in other cyberpunk-lite works like the Dirty Pair TV series, but he really cut his eyeteeth on Ai City, and it led him onto bigger and better things. He took the director’s chair, for example, on Dominion Tank Police and Irresponsible Captain Tyler, and then went on to mastermind the .hack series. Ai City may be schlock. But if it was schlock that also gave us underrated masterpieces like Dominion Tank Police, then it was clearly worth it. In sum: yes, friends. Go and see, if such suits your fancy. Bask and revel in the awesome trash-cinema awfulness that is Ai City. 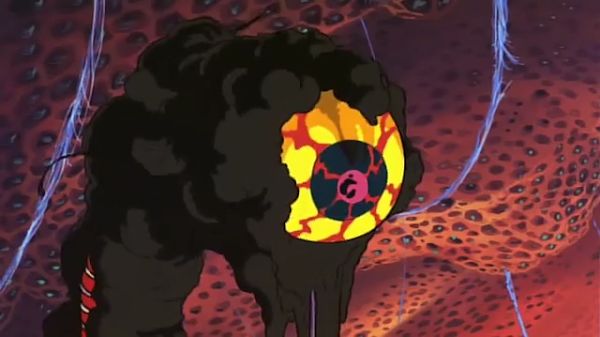