Tomorrow’s the weekend: To Protect and Serve 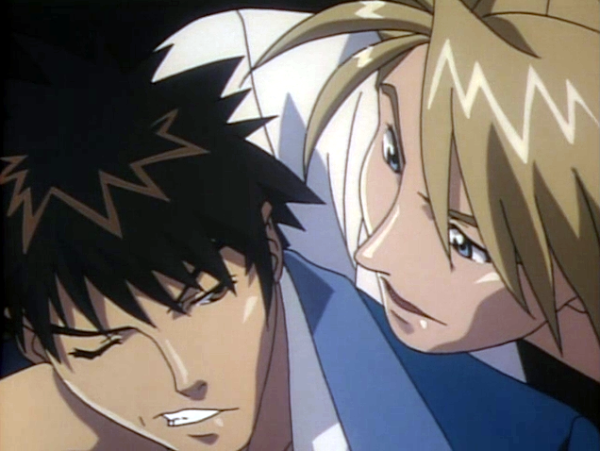 He’s a wild-haired Japanese biker-punk with a reputation for leaving his partners badly injured or dead. And he’s a suave but lonely German rookie with no memories of his past. They fight crime! No, seriously. That’s not a joke, that’s the plot of AD Police: To Protect and Serve in a nutshell. Tomorrow really is the weekend, and this is the review I’m doing.

Essentially To Protect and Serve, the 1999 companion series to AIC’s reboot of Bubblegum Crisis, is what Roger Ebert would call a ‘wunza flick’. It starts out with the same basic premise as Lethal Weapon or Jackie Chan’s Rush Hour. A wild loner cop that no one wants to work with has to take on a new partner who comes from a completely different culture. They instantly get off on the wrong foot. But they are tasked with bringing down an international black market cyber-criminal, and through a series of shootouts, standoffs, hostage situations, foxholes and personal problems involving their relationships with family and women, the two of them develop first a grudging respect and then a firm friendship with each other. 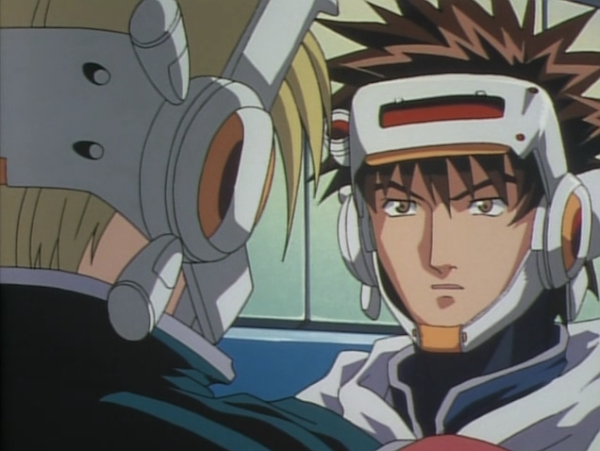 In this case, it’s Sasaki Kenji and Hans Kleif. Kenji has wild hair and shades, and slings his gun around with the same contemptuous nonchalance that Dirty Harry does. He has a bad habit of leaping before he looks, which often results in his partners getting injured or killed; as a result, the cops in the AD Police who want to partner with him are vanishingly few. He takes the injury of his last partner, Paul, pretty hard, and hits up his favourite watering hole only to find a smooth-talking blond bishônen sitting in Paul’s seat. It ends with Kenji punching the other guy in the face… but it turns out that this blond fellow is Kenji’s new partner Hans Kleif – a recent immigrant from Germany who’s recently joined the ranks of the AD Police, and who is currently in therapy for a piece of shrapnel in his brain that’s causing him memory problems.

There’s twists, though. Obviously most of the crime that the AD Police handle in Megatôkyô involves mad boomers – robots gone bad. Kenji and Hans are both competent at detecting the ‘cores’ of the mad boomers and taking them down with handguns (a conceit which was explored in Tôkyô 2040), but occasionally they get overwhelmed by the boomers’ ability to shapeshift and the whole squad has to be called in. These include red-headed gun-nut Irish cop Mary Mallone; white-haired sniper Karen Jordan; strong-but-caring family man Jose Collins; and hard-working front-line police sergeant Kurata Hideaki. The AD Police have repeated run-ins with an organised crime syndicate – the Backers – which deals in illegal boomers and also uses boomers in extortion and crime. The Backers are led by Liam Fletcher, who appears to have a complicated relationship with Genom Corporation. Most of the action and tension in the show is centred around the cat-and-mouse games that Liam and the AD Police play with each other… but when Genom Corporation gets dragged into the action, the stakes tend to get a lot higher. 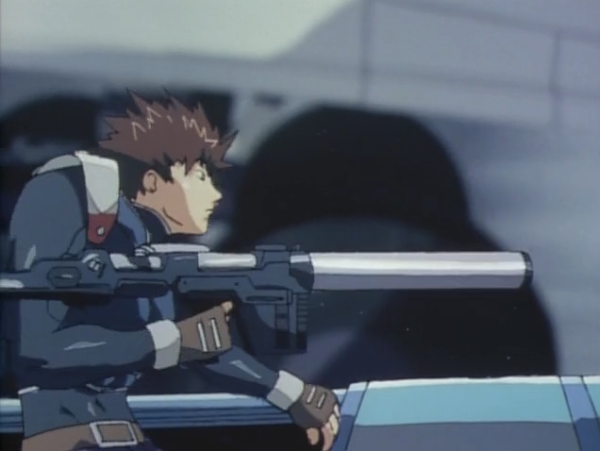 To Protect and Serve can probably be classed as cyberpunk-adjacent given the setting in Megatôkyô, the cop-corporation-criminal three-way rivalry, and the fact that several of the characters are cybernetically-enhanced or boomers themselves. But this TV show is cyberpunk only in the loosest possible sense: most of the cyberpunk elements of the series are really only skin-deep; there are very few SFnal conceits and few philosophical or social questions that get explored here. The closest we get to anything like a cyberpunk exploration of the ‘street uses’ of boomer tech or the ethical consequences of cybernetic memory storage and personality placement is literally in the last episode, and even then it’s basically preceded by a bunch of ominous foreshadowing around Liam and Hans that leaves you in the dark up until that very point.

The core of the story is the investigation of Liam Fletcher and the budding respect and friendship between the two partners. True enough, Kenji starts off as being a tremendous jerkwad, and Hans’s self-assurance comes off as cocky and uncaring at first… but both of the two grow on you as the series progresses. The human relationships of all of the AD Police in the story, actually, give it a certain emotional weight and a heart: Kenji’s violinist girlfriend Kyôko; Kleif’s romance with his therapist Satomi; Jose’s wife and daughter; Mary and Karen’s sisterly affection and friendly rivalry; even the sergeant’s implied relationship with police director Nancy Wilson. As a police drama, though, To Protect and Serve has (as one might expect) its comedic moments – some of which are even intentional – but it’s nowhere close to a comedy. In particular the ending, not to give it away, is a bit of a tearjerker. 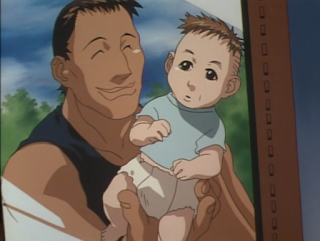 The artwork – in particular the heavily angular faces, strangely-proportioned male bodies and hyper-fluid poses – is heavily influenced by the stylistic preferences of Ôbari Masami, although as far as I can tell Ôbari had nothing to do with this production. It’s not a style that particularly offends me the same way it seems to do with other fans of Japanese animation from the 90s, but neither does it really do anything for me. The soundtrack to To Protect and Serve is unintentionally hilarious, with its brass, synth and funk elements that are clearly meant to recall classic American cop shows of the 70s like CHiPs and Kojak. Think a similar æsthetic to the music video of ‘Sabotage’ by Beastie Boys and you’ll kind of get where I’m coming from.

In short… To Protect and Serve gets a solid ‘meh’ from me. It’s not boring and it’s not actively insulting to the intelligence. There’s way worse you could be watching, but there’s also way better. Personally I’m not even sure this story was really substantial enough to warrant stringing out into an entire TV series, even one that’s only twelve episodes long. 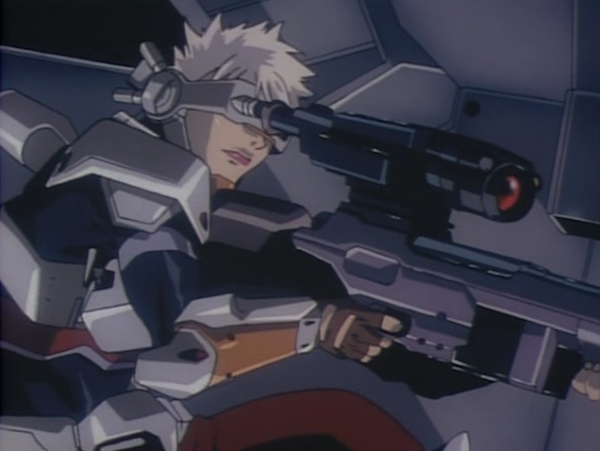