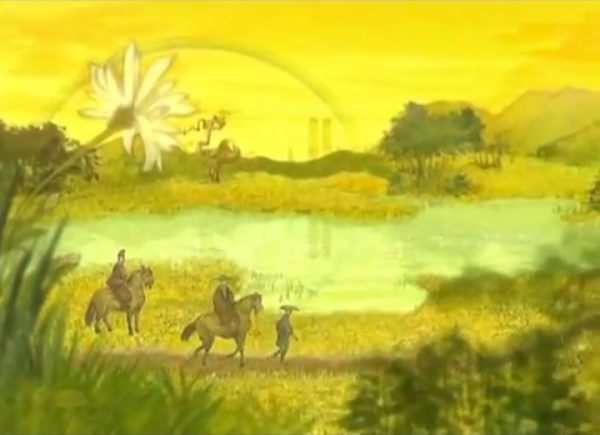 Animated shorts seem to be a running theme on this blog, and I’m happy to keep it that way. In this case, I am looking at an anthology (and it is quite properly so-called) of animated shorter-than-shorts. I am tempted to call it a sequence of animated haiku. This is technically incorrect, but it gives the prospective watcher at least some idea of the pacing and themes of Winter Days.

In fact, this anthology of shorts, chiefly directed by Kawamoto Kihachirô, is inspired by and based on a haikai no renga, or vernacular linked verse, which was initiated by Bashô, the seventeenth-century Japanese haiku master. The haikai no renga style was something like a poetic round robin. The concept went like this: the poet would write a single couplet, and then he would pass this couplet to another poet. This second poet would take the second line of that couplet, turn it into the first line of her couplet, and pass it onto a third, who would do the same before passing it on to a fourth. Winter Days is an attempt to do something similar with animation. Indeed, it took Bashô’s collaborative poem ‘Winter Days’ and gave each piece to an individual animator to inspire a brief—anywhere from 30 seconds to 2 minutes—animated sketch. The result is something similar to an animated haikai no renga. 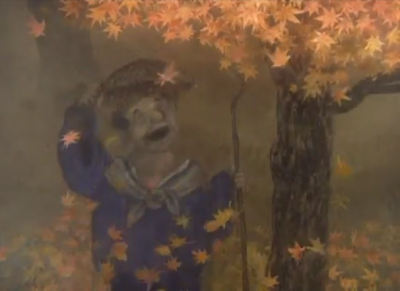 The line-up of artists and animators that Kawamoto got to join this project is quite impressive. Kawamoto himself contributed to the collection as an animator, but also got some long-time heavyweights to join him, like Takahata Isao (of Grave of the Fireflies and Pom Poko fame), Hayashi Seiichi (Red Coloured Elegy) and Kuri Yôji (Here and There). From Russia: Yurii Norshtein (Hedgehog in the Fog) and Aleksandr Petrov (The Old Man and the Sea). From China: Wang Bairong (Laoshu Jianü). From Czechia: Břetislav Pojar (To See or Not to See). From Belgium: Raoul Servais (Nocturnal Butterflies). From the Netherlands: Co Hoedeman (The Blue Marble). From Britain: Mark Baker (Peppa Pig). From Canada: Jacques Drouin (Mindscape). As well as being a collaborative project, it was also a truly international one.

Ambitious? Certainly. Successful? Well… that depends. The scope of this project, and certainly the range of animation styles, alone makes it worth watching. In addition to traditional pen-and-ink and cel animation, which makes up the bulk of the anthology, you also have Claymation (Kawamoto and Pojar in particular), paper cutout animation (Norshtein), oil on glass (Petrov) and… CGI. From 2003. Courtesy Oi Fumio. Hey – in my defence, I said there was range; I didn’t say all that range was good. The CGI here looks like the stonks guy meme but with a bit better articulation. It has not aged well. 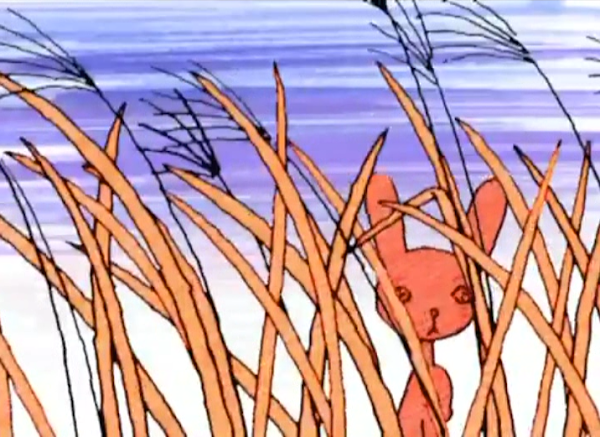 That’s a minor complaint. A broader complaint that I have about Winter Days would be that the open-ended format and the dialogue-less animated sequences whose Bashô-written title cards look like something out of the silent film era, lends itself to an artsy-fartsy pretentiousness. A lot of these shorts are content to play around with the images from Bashô’s circle’s poem and essentially say ‘look at what I can do with these!’, without bothering to say much else. Several of these shorts shade over into the exaggeratedly dreary and maudlin.

On the other hand, Takahata Isao seems to be one of the several here who grasped that Bashô’s poems were meant for shock-laughs, and toyed around with the scatological tendencies of the haikai no renga format (with his sublime little maple-leaf floating in a toilet bowl). Kuri Yôji seems to be another one, with his Rabelaisian vignette of a man getting drawn in by a prostitute’s comically-exaggerated charms. I have to wonder now—patronising and objectifying as that film was toward Russia’s indigenous people, was Fedorchenko’s The Celestial Wives of the Meadow Mari at all influenced by Winter Days? The Boccaccio-influenced vignettes seem structured around a similar concept. And then Mark Baker’s blackly-comedic morality play about how robbery doesn’t pay in the end is satisfying – and if you ever wondered what Peppa Pig would look like if it had full-frontal male nudity in it… well, there you go. 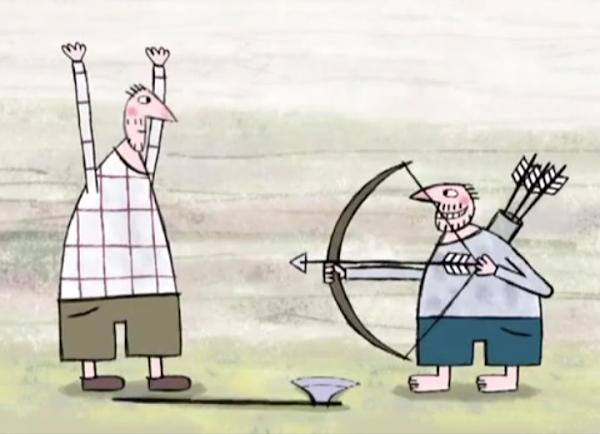 What I’m trying to say here is: with any anthology so varied in pretty much everything from medium to theme to tone, Winter Days is kind of the proverbial kitchen sink. You get sublimely-crafted, emotionally-satisfying shorts like Norshtein’s, Wang’s and Morita Noriko’s. You get darkly comic and shock-laugh shorts like Baker’s, Kuri’s, Takahata’s and Uruma Delvi’s. You get artsy-fartsy nothing-burger shorts like Servais’s and Yonesho Maya’s. You get a couple of vaguely-disturbing body-horror shorts like Ito Yûichi’s and Bôda Katsushi’s. And you get everything in between. The music direction also tends to run the gamut between Western art music on the one hand (with violins and pianos playing prominent roles); Japanese art music with traditional instruments like shaku, shamisen and tsuchibue; and something which reminds me of nothing else so much as the compositions written for old kids’ shows like The Electric Company and Sesame Street.

Again, there’s quite a bit of adult humour and naughty bits in here, so a parental advisory should probably be placed on Winter Days. There’s nothing in Winter Days that’s actively insulting to the intelligence, and there is a lot that is rich with enjoyment factors. But this is one of those short collections where your mileage really will vary, depending on your tolerance for the occasional excesses of ars gratia artis. There is something of a nostalgia value to this collection, as well, since it reflects a fragile and fleeting period in Japan’s history where peaceful international artistic collaborations with its immediate neighbours were encouraged rather than officially frowned-upon. 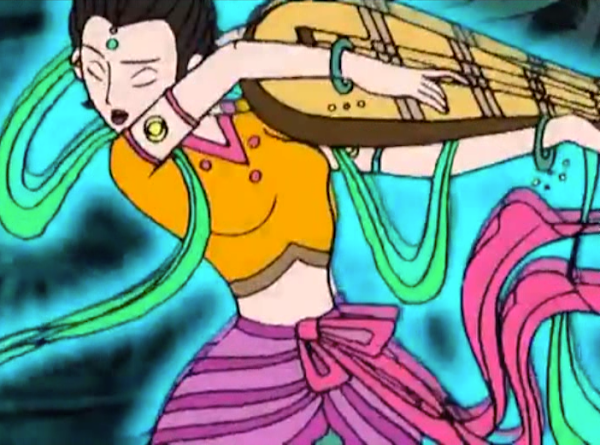