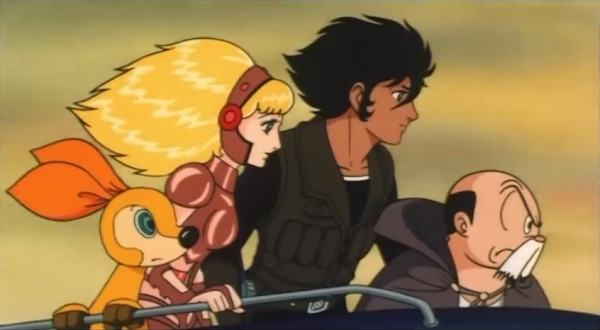 If you’ve ever seen the exquisite Metropolis (which, by the way, you should have done, because it is awesome), then you are probably already somewhat familiar with the work of Japan’s ‘Father of Manga’, Tezuka Osamu. In the West, at least, Tezuka is best known for works like Astro Boy and Kimba the White Lion; however his sprawling (and unfinished) epic space opera Phœnix is probably even more significant than these, being the introspective work of Tezuka’s later years. Phœnix was adapted into several animated features, the first of which was the full-length Phœnix 2772 in 1980, for which Tezuka himself had a hand in writing the screenplay. There are significant features which seem to be adapted from the Russian færie-tale The Firebird and Princess Vasilisa. This is not surprising, since Tezuka’s Phœnix was inspired in part by Igor Stravinsky, and in part by the Soyuzmul’tfil’m feature Konyok-Gorbunok by IP Ivanov-Vano – which is an adaptation of the same færie-tale.

On a space station, a young infant is raised and educated by computer. Eventually he is assigned a nursemaid robot named Olga, who is capable of transforming into a number of vehicles. We soon learn that this is Godô, who was assigned from conception by algorithm to become a space pilot, and on his reaching adulthood he returns to Earth to join the academy. Earth society is shown as being heavily hierarchical and class-divided, with the Elders presiding over a militaristic empire which is driven to conquer other planets. The Earth is consuming massive amounts of energy, and an ambitious young politician named Rock is spearheading a project to tap the Earth’s mantle for gæothermal energy. Rock also assigns Godô to capture Species 2772 – a spacefaring ‘monster’ that resembles a gigantic bird, and whose blood is rumoured to make the drinker immortal. However, Godô soon gets involved with Rock’s fiancé Lena, and this lands him in a labour camp in Iceland. In Iceland, he is befriended by fellow-prisoner Dr Salta, who knows more about Species 2772, and helps Godô steal a spaceship to catch it. 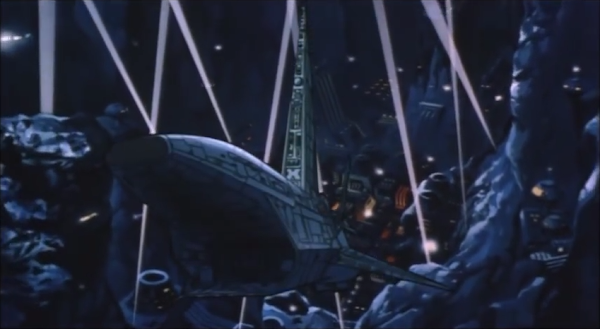 The parallels with the Russian ‘Zhar-Ptitsa’ færie-tale are fairly evident. Instead of a wise talking horse, Godô has his robotic helper / multi-vehicle Olga. However, Godô is still characterised as a skilled archer (marksman) and rider (pilot), and is tasked not by a Tsar but instead by a high-ranking Earth politician, Rock, with capturing the Firebird. As with the Tsar and the hunter in the færie-tale, there is also a romantic tension between Rock and Godô with regard to Lena. The theme of death and rebirth is explored at the end as well. But Tezuka certainly does put his own spin on things. For one thing, Tezuka’s environmentalist, anti-militarist and working-class sympathies ride very close to the surface in Phœnix 2772. In this world classes are firmly stratified by eugenics and fœtal selection by computer algorithm. Greed and lust for power among the élite class are portrayed as driving factors in motivating the quest for Species 2772. The project of tapping the Earth’s mantle is shown as being driven by a foolhardy desire for expansion and conquest of other star systems. The project is carried out by conscription and convict labour. And it results in a cataclysmic œcological crisis.

Several characters from Tezuka’s Star System appear here. Rock, Ban Shunsuke and Black Jack all play prominent rôles in Phœnix 2772, as does the bulbous-nosed Salta and, of course, the titular firebird. The character designs otherwise are competent but fairly unremarkable: Godô and Olga and Lena are all suitably young and handsome and regular-featured for their protagonist rôles. The three cutesy aliens who provide comic relief, led by Rena’s duster-wielding sidekick Pincho, are unfortunately overused – providing even a jarring full-length musical number to ‘cheer up’ a pining Olga. In all honesty, a couple of the sequences involving the trio of aliens were superfluous and could easily have been cut out without any loss to the story… although the weakness of the die-dwelling two-nosed alien for taking baths in sodium hydroxide actually does help save the ‘Space Shark’ later. 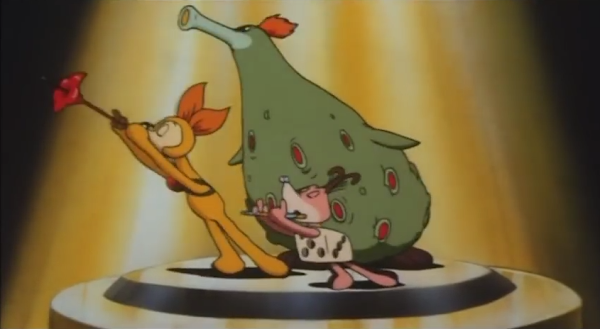 The palette is bright and primary-coloured, occasionally psychedelic, and deliberately reminiscent of cartoons from the 1950s or 1960s. Unfortunately, the animation occasionally looks a bit rudimentary for 1980, even choppy. On the other hand, the score is amazing. The symphonic-orchestral arrangements are easily in the same league as the scores for Disney films, and they suit the scenes they set perfectly. This is particularly important for the introduction of Godô and Olga, which is completely without dialogue, very much akin to a classic cartoon from the 20s or 30s (or a Pixar short which hails back to the same era).

In fact, I’d go so far as to say that this film has an atompunk edge to it. The high-modernist sleekness of the architecture, space structures and space vessels; the hover-cars and skin-tight outfits; the glimmering cities and the bright palette all show a certain affinity with atompunk. It could justifiably be said that Tezuka – the creator of Astro Boy, whose work in science fiction manga was definitive of the post-war era, and who was overwhelmingly concerned with the uses and misuses of technology, in particular nuclear and military technologies – was in fact one of the original founding fathers of atompunk. 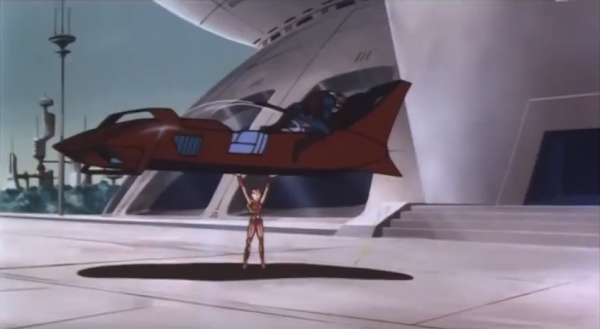 Phœnix 2772 is a brilliant film, but not without its flaws. I alluded to some of the mood mismatches above with the serious political drama and the love triangle at the centre of the film being cut jarringly with comic-relief sequences involving the alien trio. But in general the movie is just too darn long. The plot, which originated in a single-volume manga issue, is really too thin and straightforward to justify a full two-hour runtime. In addition, the decisions that some of the characters make – particularly Godô on multiple occasions – are a bit bewildering and even nonsensical.

Even so, it’s hard to be too tough on Phœnix 2772. Even as flawed as it is, there’s considerable artistic merit in bringing to the screen a challenging story about technological overreach and human hubris that nonetheless ends on a hopeful note – and particularly one which makes creative use of Russian folklore. The themes of civilisational rise and fall mesh nicely with the death-and-rebirth cycle implied by the phœnix motif. I’m reserving a final judgement as yet, if only because I want to review also the Madhouse OVAs which adapted material from Phœnix that followed up 2772, and use this film as a basis for comparison. 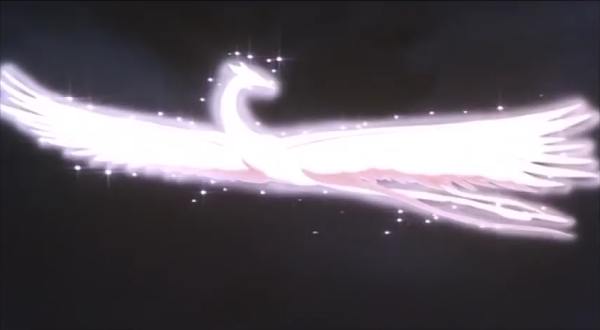