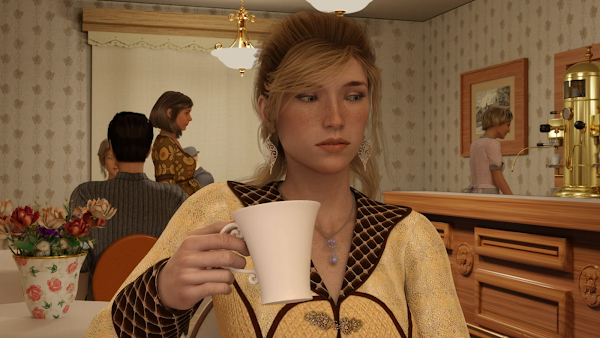 С новым годом, друзья! A very happy New Year, my friends! And what better way to celebrate the new year than by looking at a new series?

A series I currently have my eye on is the dieselpunk animation Blue Angel, currently available on Amazon Prime. It’s early days as yet – the series began in 2019 and only has two episodes – but the SFnal concept, though far from groundbreaking, is well set-up. And the creative team, led by the Brazilian Claudio Malagrino, have even managed to give the main character a fairly interesting backstory so far. The first two episodes definitely leave you wanting more, which is precisely what an early start to a series should do. I have also visited Malagrino’s art pages: his photography is excellent. He has a good eye for landscape composition, and he clearly prefers washed-out colours, misty ambience. Although he does not appear to have any particular strong religious beliefs, he has a certain eye for Christian art styles and has a distinct Russophile angle to his work.

The series follows Anzhelika Nikolaevna Volkova, a Russian-British secret service agent who is born into an alternate timeline. In Anzhelika’s timeline (the ‘Blue Universe’), cold fusion was developed before the metal-oxide transistor. As a result, transportation and energy-transfer technologies progressed by leaps and bounds, while electronics technologies rather fell by the wayside. Power is cheap and clean: the environment is therefore not as despoiled; people can move around the world with relative ease; and population pressures have not yet caused the Earth’s natural resources to become scarce. The Soviet Union was never forcibly dismantled, and it appears that ultimately it reached détente and enjoys peaceful relations with the Western Powers. (We see the British and Soviet governments cooperating on medical and humanitarian ventures in the second episode… which is how Anzhelika was conceived.)

However, the Blue Universe timeline is being threatened with invasion by the Hyperons, who come from a timeline which strikingly resembles our own. Not having monkeyed around peaceably with the atom, the Hyperons have developed stunning microelectronic technologies, such as the cell-u-lar phone, and theoretical physics such that they are able to transport themselves between different timelines. The Hyperon Earth is plagued by wars, disease, climate change and overpopulation. To relieve the pressure, the Hyperons are sending ‘refugees’ (in fact, the advance troops of an invasion force) into the Blue Universe. 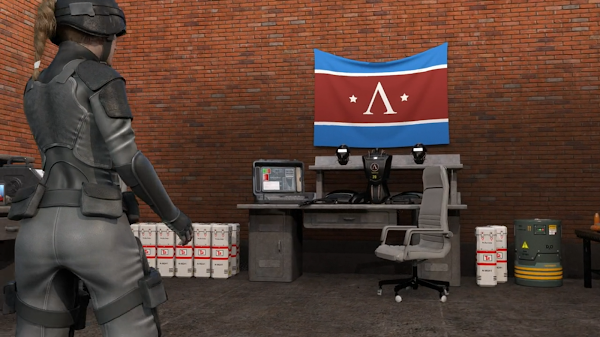 That’s where Anzhelika and her fellow agents – mostly a collection of attractive young Briton ladies working for their portly, middle-aged, well-dressed and impeccably well-informed male commander Alpha – come into play. Anzhelika is initially tasked with taking out a Hyperon transportation point and has to battle their powered armours. But the assignment takes a much more personal turn when her mother dies, and she discovers from a series of letters that her estranged father Nikolai Volkov may be working for the Hyperons.

That’s where the series leaves off for now. Again, in terms of world-building, concept-building and character development, it’s a pretty solid show thus far. The dialogue is unfortunately fairly cringey at times – as in, 80s English dub job or Samurai Cop, ‘these pills taste bad!’ bad. One gets the distinct impression that the script was not reviewed by a native English speaker before it was passed on to the voice talent. Likewise, the animation is not the best quality, and the artificiality of the articulation and especially the (*ahem*) fabrics, reminds one of early machinima at certain points. Also, the battle scenes look like they are suffering from some hard-and-fast technical constraints.

On the other hand, despite – or perhaps because of – this naff quality, Blue Angel has the look of an entirely homemade ‘labour of love’. This actually makes the low-budget animation fairly endearing. It’s clear that Blue Angel is taking its time to be immersive – its theme parks, jazz lounges and musical numbers in particular. The attention to ‘period’ detail is also remarkable, in particular to fashion, uniforms and architecture (which is one of the reasons why the lack of animation in the fabrics is occasionally so distracting). It’s also clear that within his technological confines Malagrino is determined to write the very best story he can. The second episode in particular, though much of it is montage, tugs at the heartstrings more than a bit through its exploration of Anzhelika’s early childhood in Krasnodar and the relationship of her parents. Heavy hints are dropped that Volkov is mixed up rather deeply in things which he shouldn’t be. And we are also left with certain questions about Alpha and his relationship to the Hyperons. This show has an enormous amount of potential and I look forward to watching future instalments. 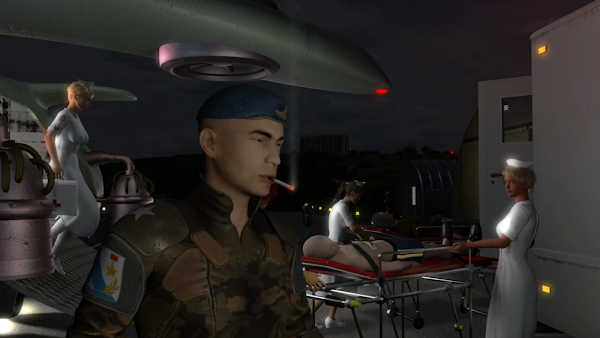